Trans* Ban: Not a Burden

There seems to be running theme with the illustrations I am creating. It's impossible to ignore the garbage that comes out of Donald Trump's mouth, and it's certainly impossible to ignore messages of hate, including transphobia.
In August, Trump’s directive issued a military policy that would prohibit transgender people from joining all branches of the armed forces and ban military healthcare plans from funding sex-reassignment surgeries. Trump has decided to discredit American heroes based on their gender identity by directing the military not to move forward with an Obama-era plan (from 2016). The plan allowed transgender individuals to be recruited into the armed forces, along with a ban of the Department of Defense from using its resources to provide medical treatment mentioned above.

Once more, many trans* heroes will be left in limbo in so many different ways - mentally, socially, financially and emotionally. Trump's decision pours salt an already transphobic wound that a large part of the world is desperately trying to heal.
This illustration questions what exactly is the difference between a cis-soldier and a trans-soldier? Nothing. 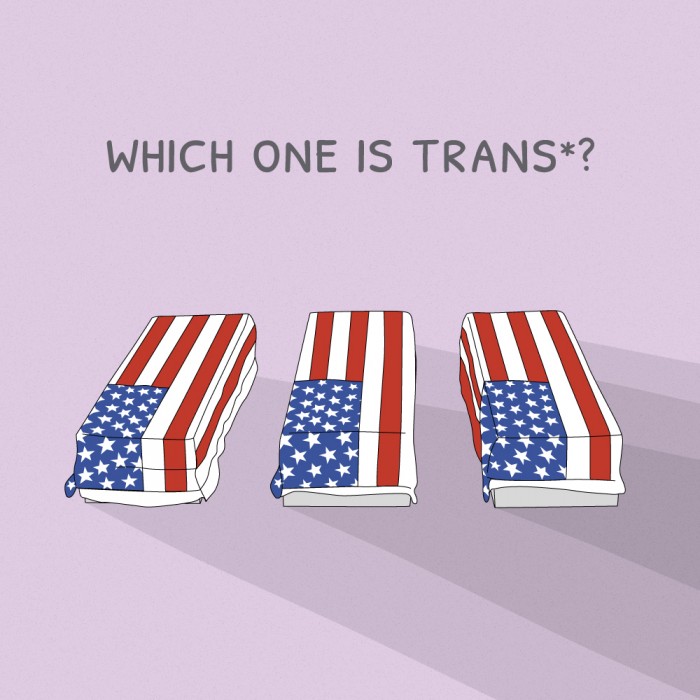